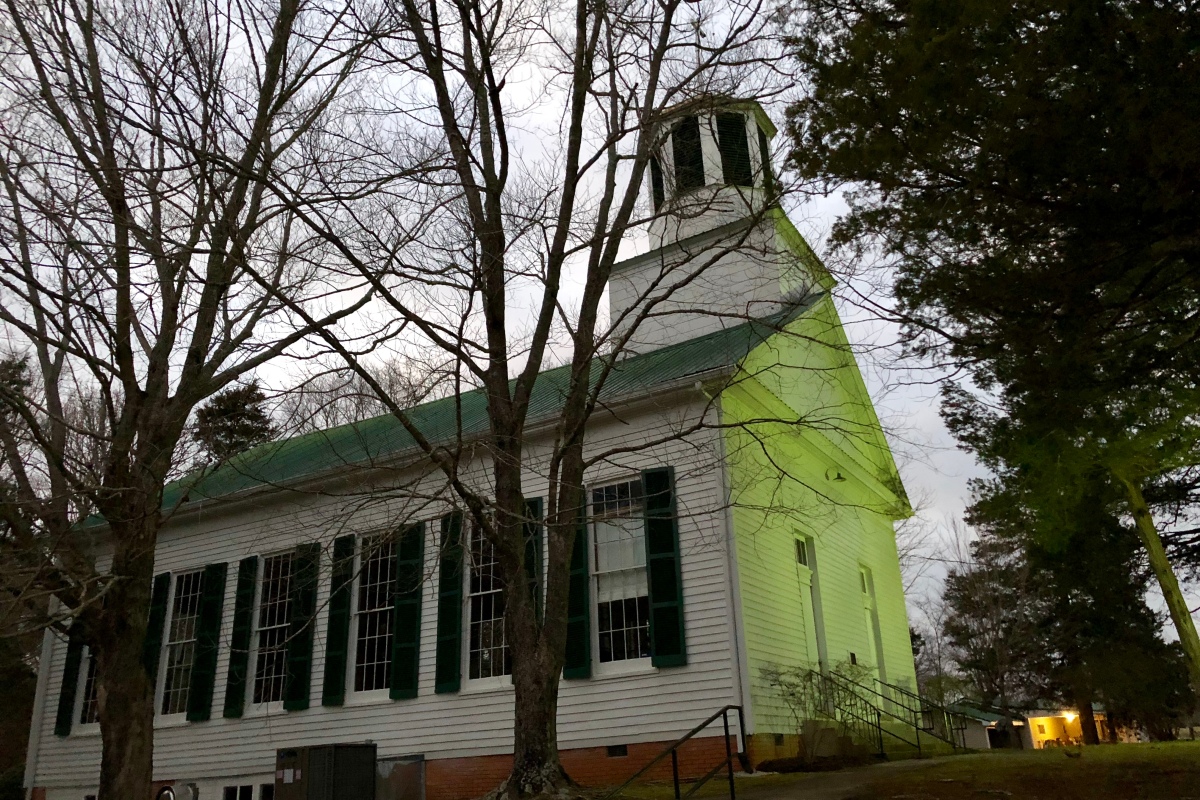 One of the biggest obstacles to genealogical research is finding the names of the women in our ancestry.  In the 1800’s, and early 1900’s women were referred to by their married surnames, or as “Mrs.” preceding the husband’s full name, even in newspapers and church records.  In 1840 and before, tax records often listed only the husband’s name as the property owner or head of household, with only the suggestion of a wife as female in the household near the man’s age, or old enough to be a wife.

Sometimes we get lucky and find a document that locates an otherwise *hidden* woman in history.  That happened last week.  My last blog inspired a road trip to western Tennessee, specifically Haywood, Fayette, and Shelby Counties, which are adjacent to each other in the far southwestern corner of Tennessee, on the Mississippi border.  It was clear that to find information about William Silas Walker Williams, it would be important to access documents that are not available online.  Over the course of three days, a cousin and I experienced Southwestern Tennessee—well, at least the inside of two courthouses, one library, a historical church (Dancyville First United Methodist Church), and the Benjamin J. Hooks Central Library in Memphis, as well as a number of very welcoming, helpful staff. 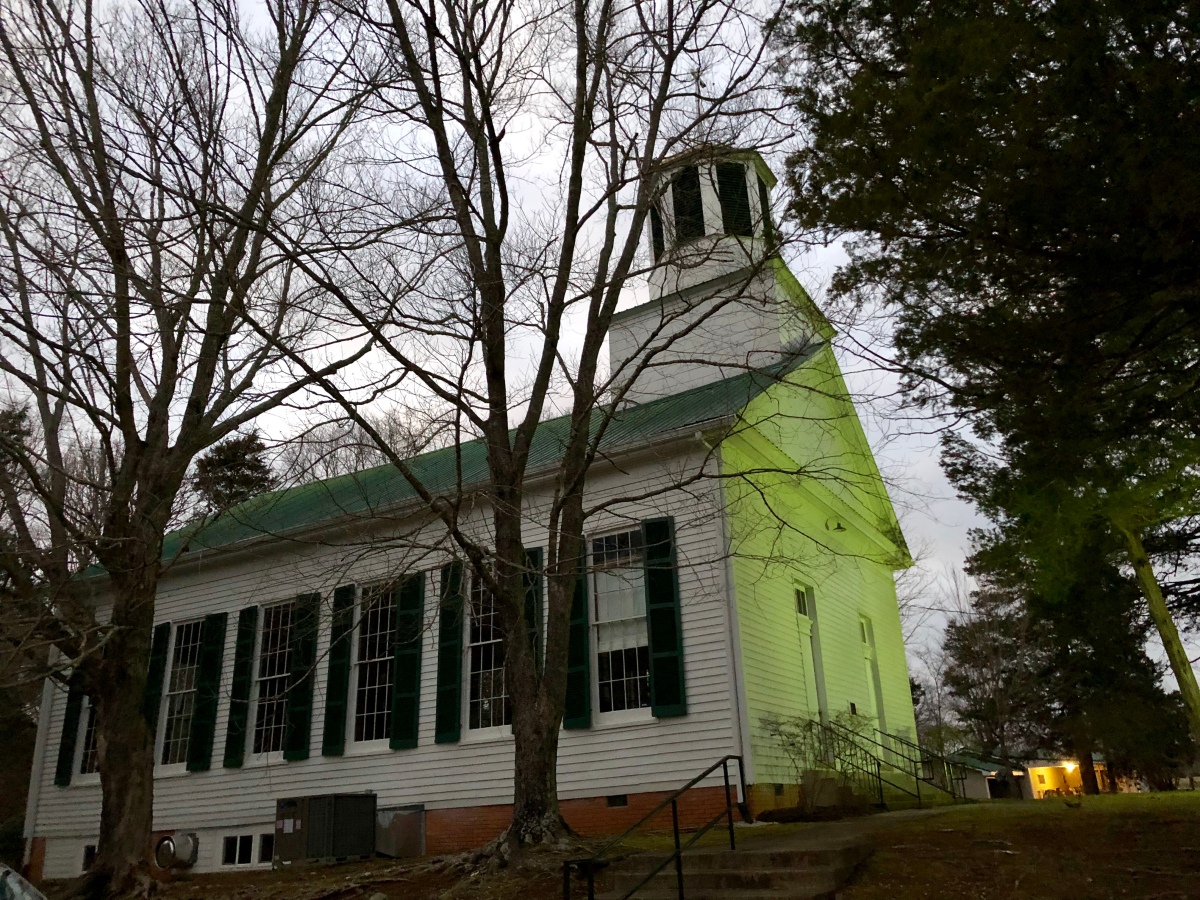 We found the Somerville-Fayette County Public Library to be particularly helpful, along with their director Laura Winfrey and county historian Joy Rosser who is a walking encyclopedia and resource.  Based upon their tips, a large part of our last day was spent digging through documents in the Fayette County Courthouse, focusing upon Probate and Circuit Court Minute Books, which is a pretty good way to get exercise, I might add.

The lady I would like to highlight today is based upon information we obtained related to a will of Jefferson Thomas Williams (1805-1870), who also mentioned in the last blog.  The will was a contested will, and it took a while to interpret the document, and in fact, we are still working to sort through the people mentioned in the document.  It appears that at the time of Jefferson’s death, his wife had passed away.  Ms. Rosser indicated that the entire family had been hard to trace due to no evident obituaries and no cemetary interments.  Likely, family members were buried at home, and their graves have been lost to posterity.

Jefferson Thomas sometimes appears as J. T. Williams in the handwritten minute books and records.  His will was contested by Rebecca Polk and her husband James K. Polk.  It seems evident that Rebecca is the daughter of Nancy and J. T. in the 1860 census.  Joseph N. Williams is named as executor of the will, and he appears to be the other living child, until his death indicated in an 1874 entry that notes the death and names a replacement as will administrator.  By the way, the 2nd administrator died in 1883, and the final entry and settlement of the will was not until 1888!

J. T. and Nancy’s son James Williams was represented in court in 1869 by his father Jefferson Thomas Williams as his administrator, the year prior to Jefferson’s death. Jefferson stipulated that his son James owned nothing and owed nothing at the time of his death, but that James was the guardian of the children of Samuel C. Williams. So, James (is this James L. Williams mentioned also in the last blog?) had passed away prior to the writing of the will, quite possibly even before 1869, and James is not mentioned in this will of his father.

The will, in addition to mentioning Joseph and Rebecca, mentions two nephews,  “Joseph and _____ Drake” of Warrenton, North Carolina.  The blank in the document was not filled in with the first name.  Nephews? With a different last name from the writer?  Sounds like J. T. had a sister!  With this snippet of information, I spent all of 45 minutes on a smart phone deciphering who this mysterious sister might be.

The sister is Rebecca M. Williams, who luckily had lived most of her adult life in Warrenton, Warren County, North Carolina.  She was born about 1797 in Northampton County, North Carolina.  Rebecca evidently married twice.  The first time she must have been fairly young and married man whose last name was Edwards.  She bore the name Rebecca Edwards when she married Edwin Drake, who was born in 1805, in 1829 in Northampton, North Carolina when Rebecca was 32 and Edwin was 24.  Rebecca and Edwin had two sons, Joseph Edwin Drake (born 1835) and Frances J. Drake, M.D. (born 1839).

One could go on about the Drake boys and their lives.  Joseph was a farmer.  Frances was a physician.  It appears that that their uncle Frances A. Drake was a physician, as well.  The Drake line yields a lot of historical possibilities of great research interest.  The boys’ wives’ lines, and their children’s spouses and lives also appear to have rich resource for mining.

But for our purposes, it is important to crystallize what we learned from the Drake reference in Jefferson Thomas Williams’s will.  Thank you, J. T. for including your dear, adult nephews in your will.  You must have been fond of your older sister Rebecca, who had died about the time your son James and your wife Nancy died.  What a rough time was 1861-1869 for the Williams family, with the Civil War and aftermath.  Soon also would come the Yellow Fever epidemic in Western Tennessee that took many lives very rapidly (1870’s).

Rebecca was born in Northampton County, North Carolina, so it is likely that Jefferson Thomas Williams was born there, as well.  This is the first time we have had a specific target location for the family, other than the general state of North Carolina.  In researching the Williams line, as with other early families with common names, location is extremely important in identifying the family of origin for each generation.

Another new finding we have now is another cousin surname for Jefferson Williams’ line—Drake.  In looking at the family trees that show Rebecca Williams Drake’s lineage, none of them show her parents or siblings.  Virtually no research appears to have been done on Rebecca  successfully.  Who would have known to look in the court house in Fayette, Tennessee to find the names of her children, with no specific reference to her?  No one knew that Rebecca had a brother, much less one who had moved to Fayette County, Tennessee by 1840 with his wife Nancy Daughtry Williams!  In addition to being important to any of Rebecca’s direct descendants, the finding will help many other nieces and nephews’ descendants.  Often folks who find DNA-related cousins through the testing services are unable to identify HOW they are related.  The more ancestral lines that can be filled in with siblings of ancestors and their married names, the more breadcrumbs can be spread to identify the relationships.

While it is easy to get off-track in research, it definitely can be worth pursuing the lines that will give helpful data and hints for more research!